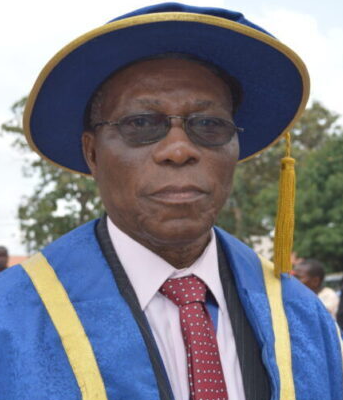 The Deputy Vice-Chancellor of Ajayi Crowther University, Oyo, Professor Jacob Adeniyi is dead. He passed away at his Bodija residence in Ibadan on Tuesday September 7, after a brief illness. He had earlier received treatment at the University College Hospital in the city.

The Vice-Chancellor, Professor Timothy Adebayo, expressed his regret on the passing away of the Deputy Vice-Chancellor when he led the University Management to pay condolence visit to the wife, Mrs. Abosede Adeniyi, the children, and family members at their Bodija residence in Ibadan. He lamented that the family and the society at large has lost a gem whose wealth of experience is unquantifiable. In a similar vein, the Registrar in a condolence letter to the family described Adeniyi as a pillar of support to the past and current administration in the University, which endeared him to the Vice-Chancellor to continue in office so as to ensure stability, balance, and maturity in the University system. He encouraged the Vice-Chancellor as an academic leader who was an epitome of wisdom, humility, and excellence.

The Vice-Chancellor prayed that his good works may endure because he left good legacies behind. The University Management has promised the family to play its role in giving him a befitting burial when the burial is set.