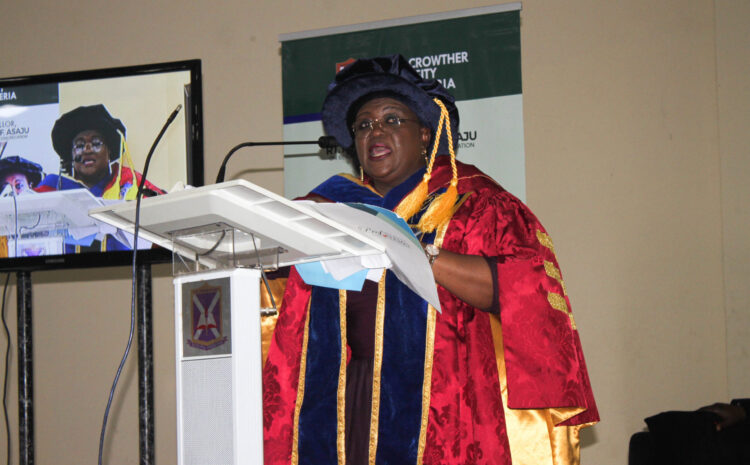 Former Director- General and Chief Executive Officer of Federal Institute of Industrial Research(FIIRO), now Director of Research and innovation, and professor of Biochemistry, Ajayi Crowther University, Oyo, Gloria  N.Elemo, has called for a representation of the bill for the inclusion of Cassava/Sorgum Flour in bread to the National Assembly. While delivering the 19th  inaugural  lecture  in the university titled ‘Let There Be Bread: The Struggle in Achieving Food and Nutrition Security in Nigeria’, professor Elemo  stated that Nigeria is the largest producer of cassava in the world yet it does not make much impact in the economy, outside consumption. In her lecture delivered recently, she said inclusion of Cassava/Sorgum in bread would not only reduce the cost of bread, but would also save the country’s foreign earnings.

‘Nigeria is the largest producer of cassava in the world but 90 percent of the cassava produced in Nigeria is for human consumption while just about 10 percent is for industrial purposes. Cassava ranks as the third most consumed crops in the sub-Saharan Africa after rice and maize. In terms of International trade, cassava is currently at 8.4 million tons with Indonesia and Thailand being the major players in the international market. Export from Africa and Latin America amounts to just about 400,000 tons with Nigeria not having a significant seat at the table despite being the largest producer in the world’ she note.

Professor Elemo, however, noted that Cassava could serve as a good tool for import substitution. She argued that High- Quality Cassava Flour (HQCF) has been found suitable for partial substitution of wheat in bread making; bread is one of the major staples in the country produced solely from imported wheat. Professor Elemo said she began the advocacy for  the optimum utilization of cassava for food and industrial use at Raw Materials Research Development Council( RMRDC) when she was appointed the focal officer for the presidential cassava initiative for the Ministry of Science and Technology during the administration of President Olusegun Obasanjo.

‘ The struggle for implementation of the cassava bread policy continued at FIIRO and under my leadership along with several stakeholders we pushed for cassava bread with the inclusion of 20 percent High Quality Cassava Flour( HQCF) to wheat flour to be implemented at the policy level. This was  an upgrade from the  first 10 percent cassava-wheat bread production presented to the Federal Executive

Council(FEC) under the Shehu Shagari Administration in 1982. The inclusion of the then 10 percent was made into policy but the efforts faded as the Shagari administration ended. The effort was renewed during the Administration of Chief Olusegun Obasanjo under the Federal Minister of Science and Technology, Professor Turner Isoun in 2003’ she said.

She regretted that in 2007 the cassava inclusion policy  was  temporarily abandoned, stating that the abandonment made many High Quality Cassava Flour factories to  shut down. She said the development was a major setback to the project. However, a fresh move was made on the cassava inclusion with a view to increasing it to 20 percent.

She said that  in spite of the acceptability of the cassava bread by consumers, there was some resistance of the move at the point of making it a policy.

‘The Honourable  Minister of Agriculture and Rural Development at that time, Dr. Akinwumi Adesina, championed the bill with relevant stakeholders and FIIRO, Flour Millers Association of Nigeria and others. The bill was redrafted by a committee set up for that purpose and I was part of the committee that drafted the bill. The redrafted bill focused on a national outlook based on crops and relative advantage in both northern and southern Nigeria, such as sorghum. The bill addresses local content development in the Flour Mill Industry in Nigeria and not just cassava’ she stated, saying that the bill should be represented to the National Assembly.

She said that it was not true that cassava inclusion would make bread more expensive, given that economic evaluation reports showed that a 15 percent reduction in cost would be achieved with 20 percent inclusion of cassava. She said there was great need for advocacy to garner more stakeholders to push for the inclusion of High Quality Cassava Flour in bread making as this can go a long way to create gainful employment for the huge population of unemployed youth, to reduce national insecurity as well as create wealth for the nation by saving foreign earnings.