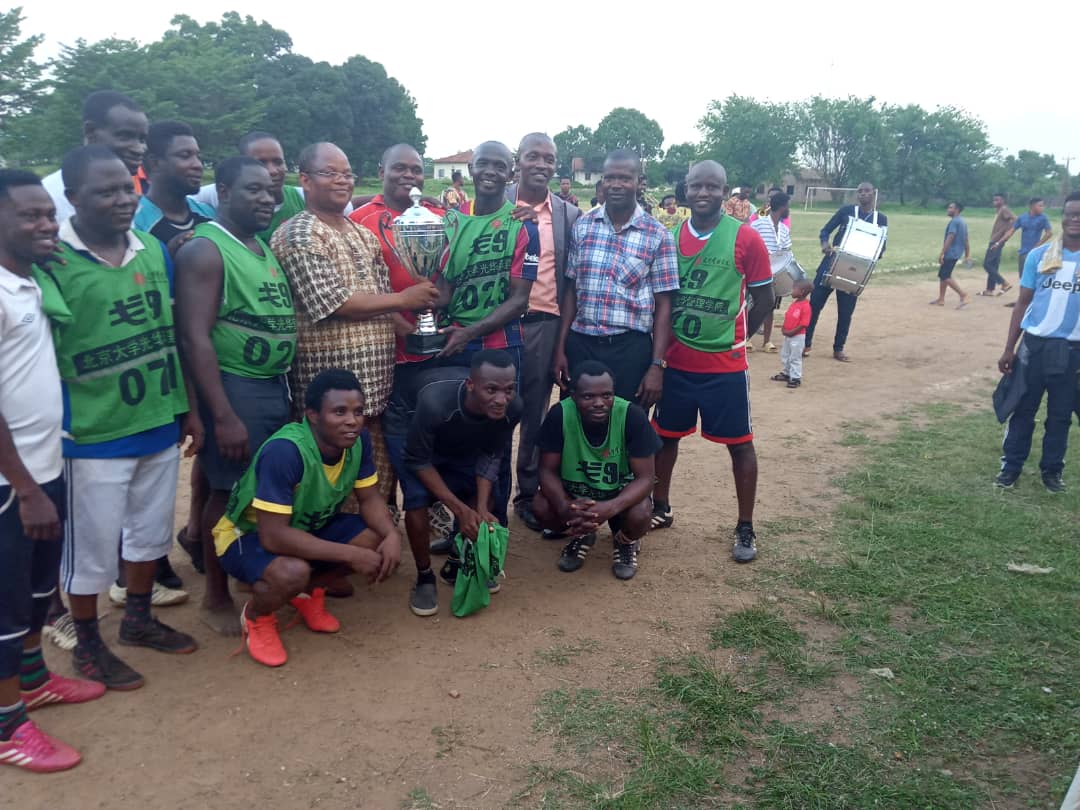 A novelty football match was played last Thursday at the Sports Pavilion of Ajayi Crowther University, Oyo, in honour of the out-going Bursar, Pastor Samson Olojede. The Match, which was organized by the University Sports Committee, saw teaching staff trading tackles with non-teaching staff. The game ended in favour of the non-teaching staff. They won with one goal after the match was decided through a penalty shootout because it ended goalless at full time. The Vice-Chancellor, Professor Timothy Adebayo, Principal Officers, some Deans, staff, and students watched the game.

The sports Committee also donated some sports equipment. The Committee appealed for more facilities and announced that students of Ajayi Crowther University would soon host their counterparts from another University in a soccer game.