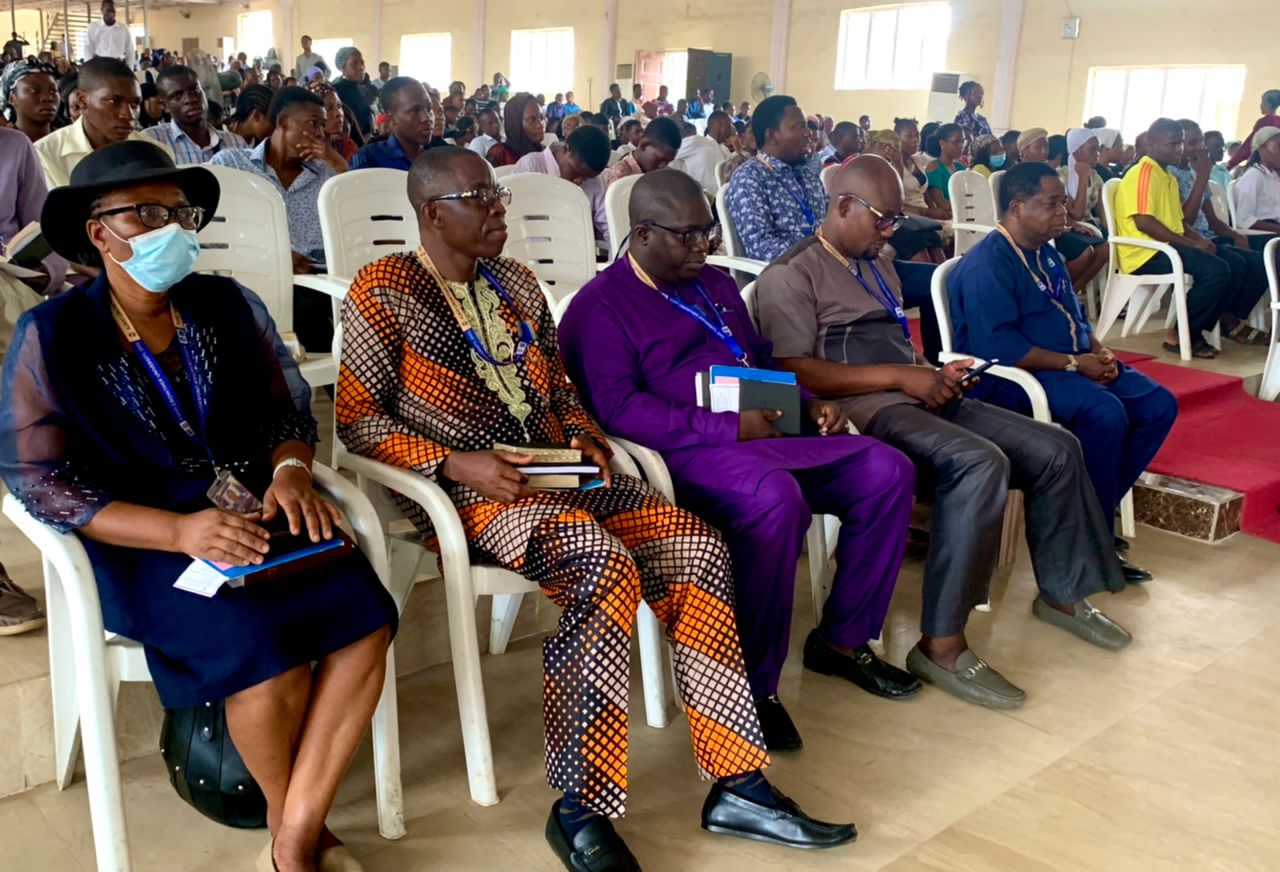 The Vice-Chancellor of Ajayi Crowther University, Oyo, Professor Timothy Abiodun Adebayo, has reiterated that the University is interested in the academic development of students with the same vigor with which it pursues their moral and spiritual development. He made the comment at the Wednesday community service held in the massive Crowther Hall in the University where staff and students gather every Wednesday evening for church service. He said it was important that students do well in learning and character to enable them to emerge as well-rounded citizens. He noted that, to that effect, the University has put measures in place to ensure that students and staff attend community service mandatorily, stating that it was in the overall interest of students that they are in attendance to hear words that would make them turn out as godly intellectuals.

The University has the mantra of raising godly intellectuals as one of its avowed goals. The Vice-Chancellor used the opportunity to eulogize students who show some level of seriousness in their studies and urged the students to emulate them. He was happy with the report of a student in the Department of Accounting, Mr. A. Adetiloye had already qualified as a Chartered  Accountant while still a student in the University. The Vice-Chancellor said he would personally reward the student in addition to a prize instituted by the University Bursar, Mr. John Ayodele Olusanwo (FCA) for students who qualify as Chattered Accountants while in school.

The Holy Communion service was observed as part of the activities of the Lenten season, being observed by Christians across the globe in preparation for Easter. Principal Officers of the University, namely the Deputy Vice-Chancellor, Professor Muyiwa Poppola, Registrar, Dr. J.E.T. Babatola, Bursar, Mr. John Olusanwo(FCA), and the Librarian, Dr. Mrs. Beatrice Fabunmi were in attendance. Deans of Faculties, Heads of departments, and other members of staff attended the community service.