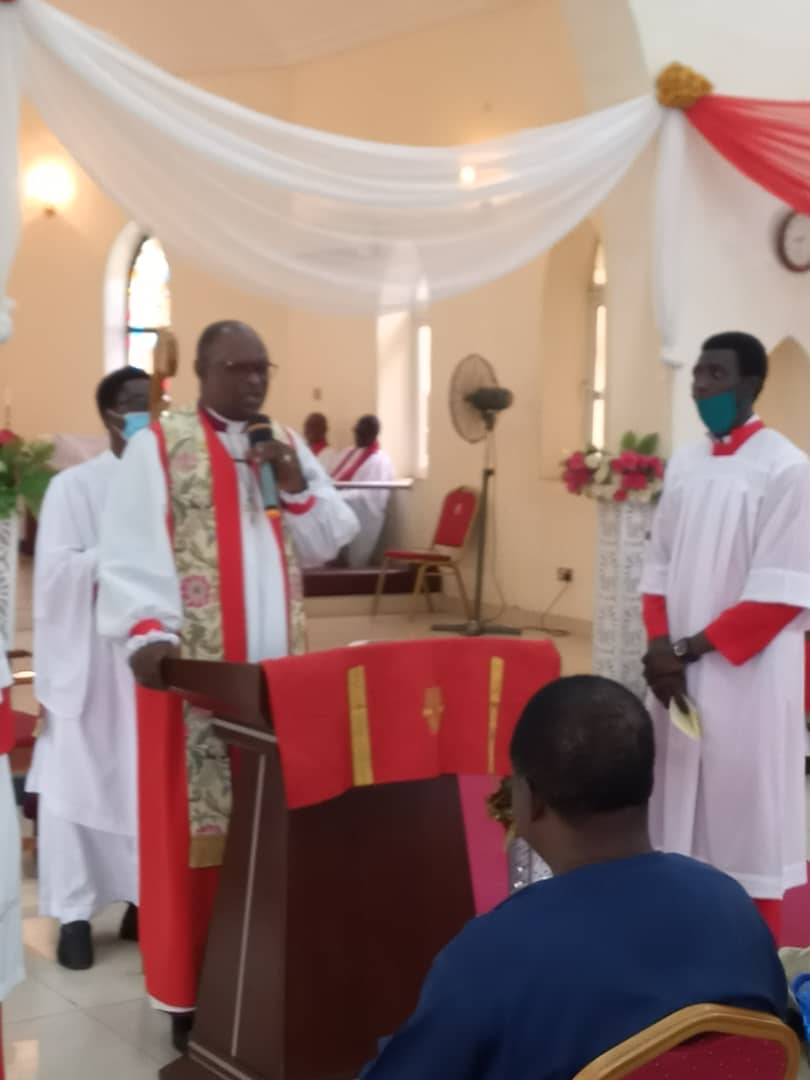 The Bishop of Oyo Diocese, Church of Nigeria ( Anglican Communion), Rt. Rev. Dr. Williams Aladekugbe, has described the outgoing Bursar of Ajayi Crowther University, oyo, Pastor Samson Olojede, as a man who discharged his duty diligently and did not soil his hands in the course of his duty. Aladekugbe spoke while delivering the sermon at a thanksgiving service organized by the Chaplaincy of the University last Friday in honour of the Bursar for successful completion of tenure. The Bishop said the service is a clear indication that the exiting Bursar has a heart of gratitude. He said the Bursar has not performed in a manner that has brought him to disrepute. He said the Bursar was leaving the University with a good reputation. He admonished those in the service to have a heart of gratitude, stating that people have a tendency to lament about what they have not accomplished rather than show gratitude to God for what he has done for them. He said human beings, in their insatiable nature, would rather count what they do not have than thank God for what He has done for them, including the gift of salvation which He gave through the death and resurrection of Jesus Christ.

He described Pastor Olojede as a man who has shown gratitude to God for blessing him. At the end of the service, which held at St Andrew’s Chapel in the University, various groups presented gifts to the Bursar. In his response, the Bursar said he was full of gratitude to God, given that his humble background and the attendant hardship he suffered as a child did not give any inkling that he would amount to anything in life, which was why it could only have been the Grace of God that he rose to the pinnacle of his profession as an Accountant. He admonished his listeners never to give up on life, insisting that God can lift people from lowly places to greater heights.

‘ I never knew I would amount to anything. I am grateful to God and my father who saw that I was determined to go to school even when he had no money to pay my fees. I did all sorts of work, and my father saved the money to help him pay my fees. It was not in vain. I have every reason to thank God. I have worked with good people in this University. If I have offended anyone in the course of my duty, I plead for forgiveness. It was not anything personal. It was just for the work to go well, and if anyone offended me, I forgive.’ He said.

The Vice-Chancellor, Professor Timothy Adebayo, led other Principal Officers of the University to the service.