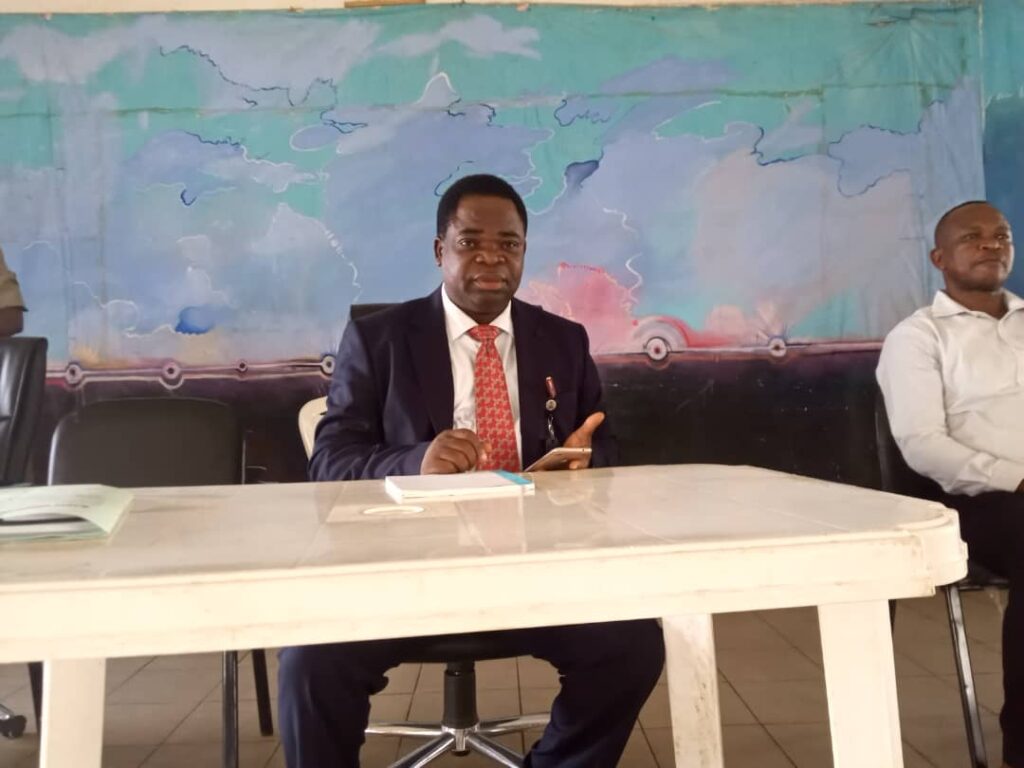 The Vice-Chancellor of Ajayi Crowther University, Oyo, Professor Timothy Adebayo has pledged to provide top-class equipment and laboratories for the Faculty of Engineering in the University in order to make it one of the best Faculties of Engineering in Nigeria. He made the comment when he had a meeting with the staff and students of the Faculty last Friday at the Prof. Olajire Olaniran Auditorium in the University. He congratulated the first-year students for being admitted into the University, stating that the three-year-old Faculty has shown clear signs that it would make waves, promising that the University would support it by providing all it requires to come out tops.

‘Your lecturers are serious, and they have the time to attend to you unlike in other places where the students hardly ever see their teachers except in the classroom and hardly ever see their Vice-Chancellors until they leave the University. Here if you are serious and dedicated you will graduate in good time. There are no issues of strike and other things that disrupt the process. The University is ready to support the Faculty in providing all it requires to be successful in the upcoming accreditation visit by the National Universities Commission ( NUC). We shall support the Faculty’ he said.

‘You will go to the permanent site but not now. We will not neglect developing the infrastructure you have now. We shall develop them until you move to that site. Some of you have asked about the hostels. As you know, the hostels do not belong to the University, but we have held talks with the hostel providers to do the needful, but if they do not act on time, we shall do so and sort out things with the providers. The University is growing numerically which is why it has become imperative for us to do something quickly about hostels because all our students are meant to be residential. I want to give you my word that when you return for next session you would see very pleasant changes concerning accommodation. No room would take more students than it is supposed to take, and students currently living in the guest houses would move to the hostels because more rooms would have been made available.’
Later, he went to the Engineering laboratories to inspect the facilities, and reiterated that the University would provide more equipment where they are needed.