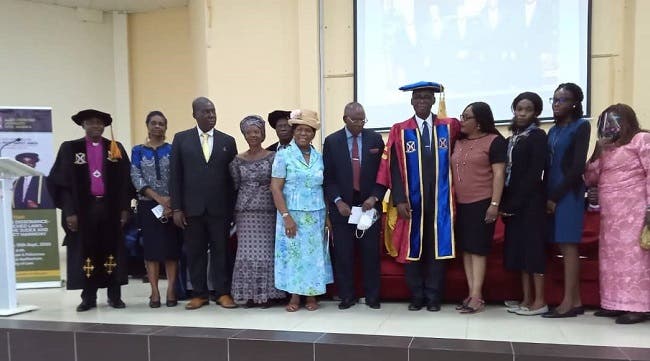 A Professor of Law and Senior Advocate of Nigeria (SAN), Olarenwaju Onadeko has canvassed for the reform of the Nigerian criminal justice system especially as it relates to corruption cases.

“There is an emerging reality of a captive justice system at the mercy of high profile offenders and their platoon of defence counsels. The low number of high-profile defendants explains the probable calculus of offenders that the risk of apprehension and conviction is low,” Onadeko lamented.

Citing Section 15(5) of the Constitution which provides that: the state shall abolish all corrupt practices and abuse of power, the professor noted that little or nothing has been done to contain what he called the scourge of corrupt practices.

“Unfortunately, the numerous incidents of corruption are not restricted to politicians and government officials but extend to the judiciary as well. Our judges and society have not been able to rise above the corrupt environment in which we live and operate.

“No progressive and democratic society can continue to bask in the ever-swelling entrenchment of corruption and its consequences,” Onadeko decried.

The Senior Advocate while stating that the role of the law profession in the administration of justice was ubiquitous and profound, recommended that special anti-corruption courts be created for greater efficiency in resolving corruption cases.

Among other recommendations, Onadeko also suggested that the National Judicial Council should constantly monitor the progress of all corruption cases, from the arraignment of defendants to the conclusion.

“Judges should be enjoined to put the justice of every case at the fore and be even-handed in discharging their responsibilities,” he said.

Present at the occasion were the Vice-Chancellor, Professor Dapo Asaju, top management members, staff and students.