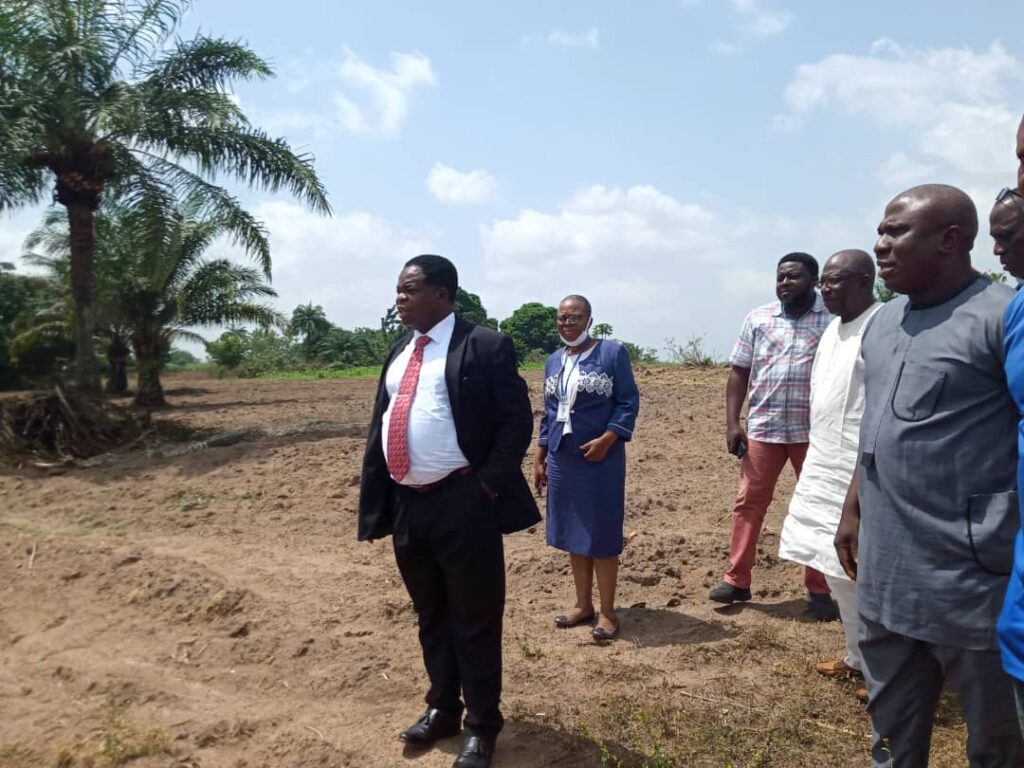 After he had chaired his first Senate meeting as Vice- Chancellor of Ajayi Crowther University, Oyo, at the Ofa Meta campus of the University on Thursday October 29, 2020, Professor Timothy A. Adebayo, inspected the University farm in that campus. The Vice-Chancellor had told the Senate, in his preliminary remarks, that the farm had come into existence, and the University was setting up beehive for the production of Honey. He said the University would also set up an abattoir soon.

The farm he inspected was part of 40 acres of cassava farm in the Ofa Meta campus. He said his intention is to make the University self-sustaining as soon as possible. Staff members of the Faculty of Agriculture, who oversee the farm, told this reporter that the cassava would be ready for harvest in ten months.