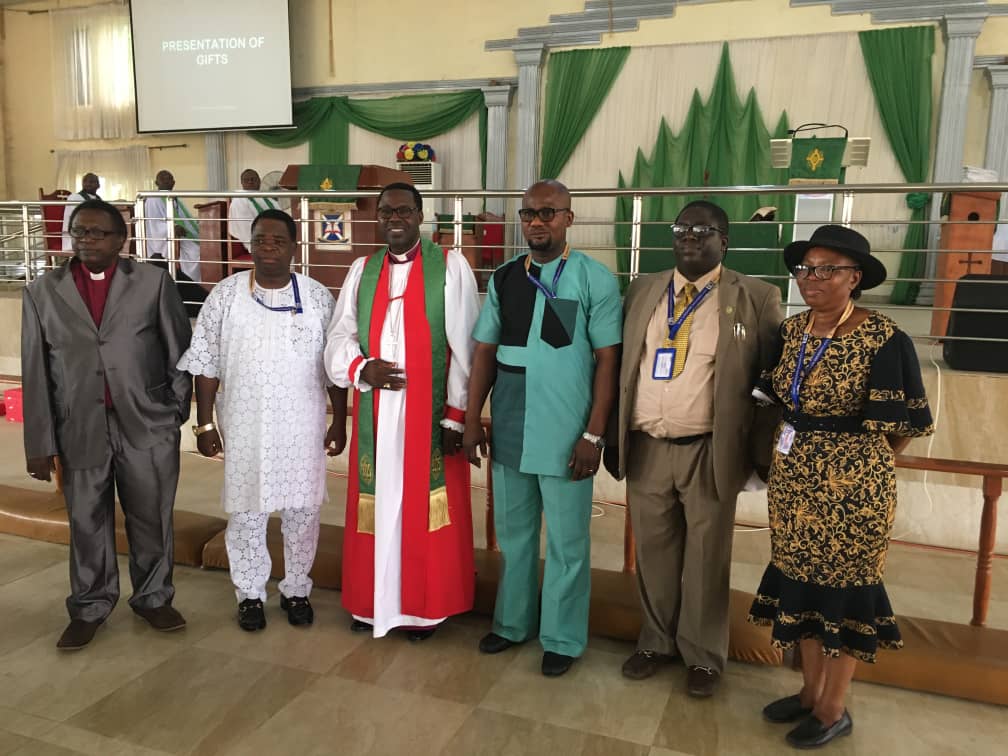 The Vice-Chancellor of Ajayi Crowther University, Oyo, Professor Timothy Abiodun Adebayo FCIA, has reiterated the University’s commitment to raising godly intellectuals. He made the comment at the first-ever valedictory service held distinctively for graduating students, as different from convocation service. It was held at the Crowther Hall of the University on Monday, June 20, 2022, for the graduating students of the 2021/2022 session prior to NYSC mobilization.

Professor Adebayo, who conceived the event, stated that he was happy that the graduating students were being sent forth with prayers and the word of god to further cement the  University’s mandate of raising them as godly intellectuals. He said they were being sent out with the word of God to guide them in their path as they go into the world. He expressed gratitude to God that they completed their studies on schedule, noting that while public Universities were on strike, students in ACU had completed their studies, and were ready for youth service.

The Holy Communion service was led by the Anglican Bishop of Ondo Diocese, Rt. Rev. Dr. S.A Oni, whose message titled ‘now that you are going out’ hinged on the need to be careful in taking major decisions in life. Taking his text from Proverbs 3: 6-7, the bishop told the graduating students to always commune with God before taking major decisions such as career, marriage, and personal aspiration. He stated that what people turn out to be later in life is a result of their decisions. He held that people make progress or retrogress in accordance with the decision they make.

At the end of the holy communion service, the highly elated Vice-Chancellor, Professor Timothy Adebayo, supported by Principal Officers and Deans of Faculties, shook hands with the graduating students, and t   presented gifts to them.  Professor Adebayo, in his magnanimity, also extended the gifts to some staff, and parents of the graduating students who were in attendance.

The Ajayi Crowther University Students Assembly(ACUSA), led by Miss Jimi Ekanke, a graduating student in the Faculty of Law, expressed gratitude to the University Management for the event, the first of its kind. The Assembly gave awards to the Vice-Chancellor and his deputy, as a sign of their gratitude for the tremendous role played by both men in taking care of them while they were students. They eulogized the Vice-Chancellor for being a caring father to the students and promised never to put the name of the University to disrepute.

The colourful event was followed by a National Youth Service(NYSC) orientation workshop organized by the Registry to prepare the graduating students for the NYSC mobilization exercise.